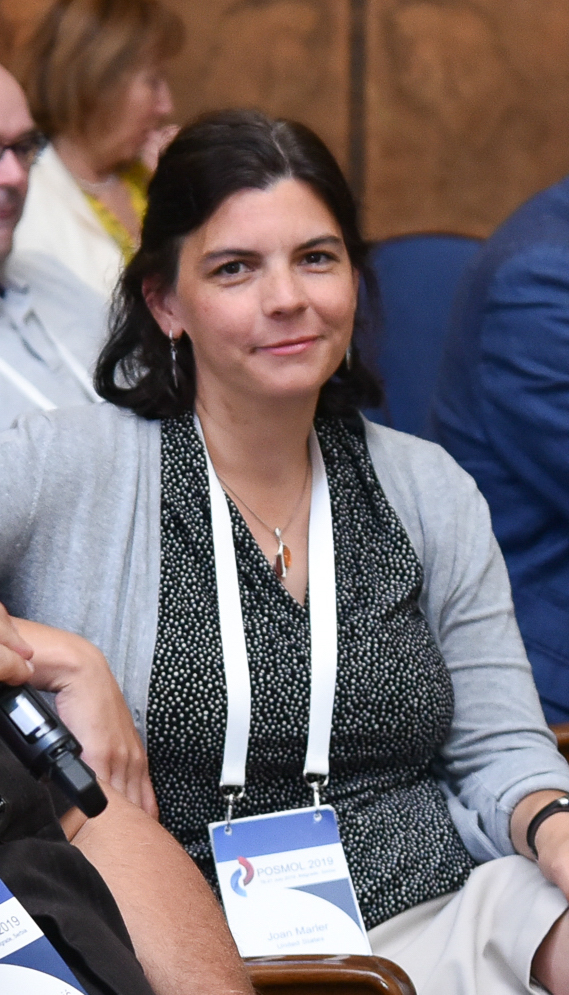 Joan Marler completed her PhD in physics at the University of California, San Diego with a research project studying the low energy interactions of antimatter with ordinary matter. Right after graduate school, she was a Postdoctoral Fellow (a teaching and research position) at Lawrence University in Wisconsin. She then participated in two research Postdoctoral positions. One was at the University of Aarhus in Denmark and the other at Northwestern University. While both projects involved studying atoms and molecules at very low temperature/energy, the first explored the interaction of atoms with single photons in a cavity and the second was working toward high resolution spectroscopy of molecules to explore fundamental symmetries. She has given presentations in 7 different countries and has more than 25 publications on her work.

My main interest is experimental low temperature atomic, molecular and optical physics. Primarily I am interested in the properties and interactions of atomic and molecular ions trapped in rf-Paul traps and laser cooled to mK temperatures. I am also interested in novel ion trap designs and the physics of highly charged ions. I also enjoy teaching physics at any level and being an advocate for women in science.